Despite all human interests, we tend to create stuff for personal gain like the vacuum cleaner, washing machine, dryer and cooker. It is therefore natural to think that you will use a robot handling your daily routines. We often think of a robot as a mechanical device that is programmed to do something more advanced than a regular coffee machine. The robot should be able to talk with a man while doing chores, especially housekeeping. 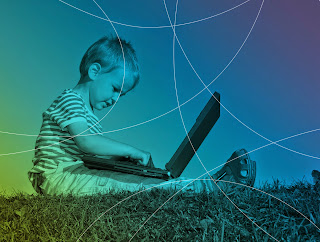 As you know, I’ve been working with intelligent machines for a while. In the near future, robots comes in many shapes and forms: As a small microchip, or as a large transformer with thousand arms loaded with sensors. Even if they’re different, one thing I believe will come true is that every robot will share one common intelligent “brain”. By sharing the brain in a giant collective, actions that earlier required a lot of processing power can be removed from the robot. Allowing an active robot to be updated on whatever knowledge tens of thousands robots have experienced around the world. The collective will constantly share their experiences in order to make themselves more intelligent. A single robot outside the collective will not be able to evolve by itself.

Let’s say you meet a tiny robot beetle that is equipped with a microphone. You’re telling: “Make me a cup of coffee”. The beetle “senses” your request and conveys it to the collective. Since the beetle listens to you, the owner of a nearby coffee machine, the machine will start making your coffee. The collective takes millions of similar requests every second from people around the world. What makes it even more interesting is that you can ask the beetle to make espresso like Arnold Schwarzenegger drinks it, or brew coffee from a secret recipe which costs money. The coffee is then made from your own coffee machine while retaining the copyright for the coffee ingredients from another person in the world.

Eventually, all intelligent devices become part of the collective. Imagine everything around you sniffs data, like your clothes, shoes, umbrellas, chairs, mirrors, doors, cups…Yes! Really all objects can be fitted with a small radio tag and sensors. They are all part of the collective. For most sensors it’s about capturing data. Typical sensors will enhance human sensibilities like vision, smell, taste, hearing and touch. Electronic sensors are much more sensitive, producing a superior accuracy in measurements compared to humans. For example, a small sensor can listen to your foot steps and determine that your back is in trouble. The collective then gets a confirmation from other sensors capturing further evidence that you will probably develop a back injury. Data captured from all sensors will in the end provide your robot, that is equipped with big arms and legs, the necessary knowledge to act like a chiropractor cracking up your back.

Right now there s still a lot of debate over it. There are economists who think it s totally wrong, that problems really stem from things like globalization or the fact that we ve wiped out unions or haven t raised the minimum wage. Those are all important, but I tend to believe that technology is a bigger issue, especially as we look to the future.

With thanks! Valuable information!

I am truly thankful to the owner of this web page who has shared this wonderful paragraph at at this time.

I just couldn’t go away your website prior to suggesting that I
really loved the standard info an individual provide on your guests?
Is gonna be again ceaselessly to inspect new posts