The Last IT Project

Within relatively short time my company Nornir will launch a self-scaling network like the Web but with some significant improvements. The network will be the very last project ever created by humans – because now machines will be able to program any future IT system.

The new network is called Real Time Web (RTW) and is a bidirectional Linked Data network with inbuilt network kernel (BIOS) access, so that individuals can have full control over their Web resources and services globally. The BIOS is going to be called Synx, and is a distributed multidimensional network layer core that is an enhancement of the TCP/IP stack. The distributed BIOS starts to exist in the network and occurs close to where the connection is made by the client or network resource. The multilayer feature provides networking events up and down the network layer stack while keeping the domain ownership intact. Traditionally, WWW operates in the application layer and works by using hyperlinks to link information such as picture, text and video. These are typical historical data (information) from Web resources that is stored somewhere in the network. The information can be retrieved and shared using Web browsers or service applications. However, RTW is not based on historical data or information. RTW is based on data elements distributing data that occurs right here and now in true realtime. 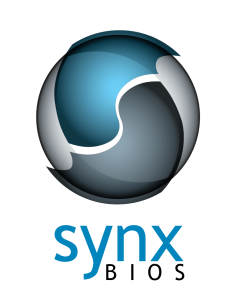 The Challenge is Lack of Direct Two-Way Communication

Looking at today’s Web network of hyperlinks, the links do not support real-time data and two-way communication. Thus, as long as the Web has existed, the two-way communication has been solved by using middleware and server layers. Using middleware to initialise communication between clients (mobile, tablet etc.) and services has several drawbacks. For instance, the communication does not work like hyperlinks. Which means you can not communicate to a variety of underlying data sources, like when you’re using complex linking paths. But the biggest problem is the cost; it’s costly to develop two-way interfaces (APIs) and maintain the interface over time when sharing data across many services. 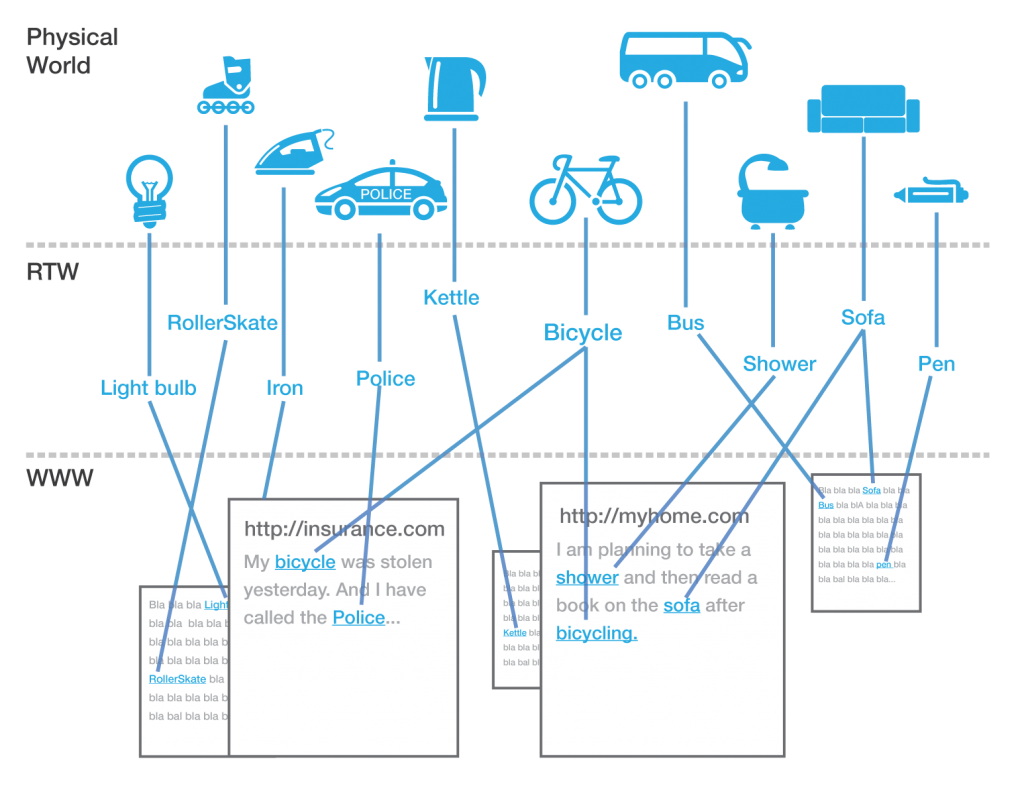 RTW is an upgraded Web linking network allowing you to link data resources – just as hyperlinks do on WWW today. RTW does not replace WWW, but acts as an alternative method to link data between Web pages. What’s extraordinary is that RTW links are bidirectional by nature. This means you do not have to develop middleware to safeguard the connection. Thus, massive costs are saved on development and hosting. The RTW network also supports the semantic Web, which is a standard machine language. It is therefore possible to describe the service on the Web in such a way that a machine or software program (AI) can interpret the content. In the future all machines on RTW can make the links themselves and link data and services on the Web as needed. This also works across domains and services like IoT / physical Web on wireless networks.

AI Systems Taking Over the Development of IT Systems

With a RTW network in place the data is semantically linked among various services in such a way that machines can take action and create new services by assembling them autonomously. This is how future IT systems will be developed – and there will no longer be a need for programmers or IT developers. The systems can be assembled using RTW links. It would be possible for a person to tell an AI system to make a Facebook application and in the matter of seconds, he may have a true copy of Facebook. Created by an AI system offering all functionalities like Facebook whom spent 10 years developing.

When the services have been developed and semantically described, you will be able to recycle many functionalities by simply linking them into the system you want to create. Originality becomes an important product/brand: Being the first person to do an algorithm or a service that’s unique, will be important for the network and your business. Once such a service has been developed it will be linkable to all services created at a later stage. And since it will be “illogical” for an AI system to develop a similar service – when the primary service is already in use and has been verified and tested – the original service will be widely used. Therefore, developing original online services will become an important topic for the future of any business and reflect how companies position themselves in the new market. 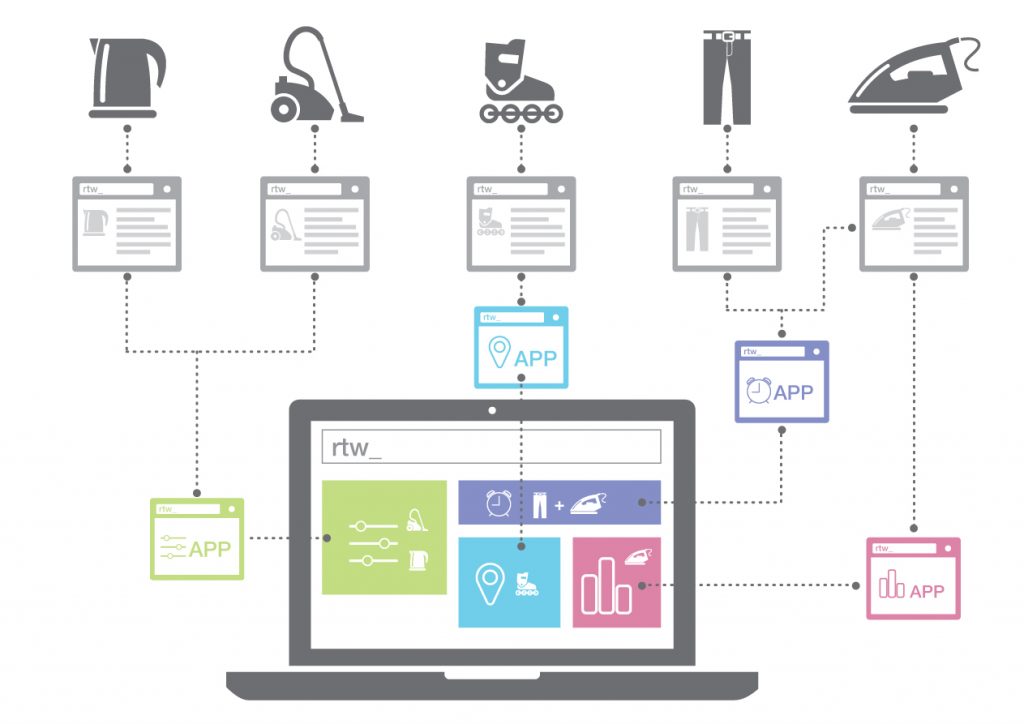 The Web is a heterogeneous network

One of the Web’s main features are that it’s heterogeneous. This means in practice that you can set up a service today that will communicate with services set up 5 years in the future without any installation or reprogramming. Looking at traditional middleware architecture using programming interfaces (APIs), this is not the case. When setting up a programming interface, one needs to know how the data structure looks like in advance, so that the interface can be implemented and handle the data structure that is defined. So, if a service is developed at a later stage, you will need to alter existing interfaces to adapt to the new service. In an heterogeneous network this is not necessary. RTW is a bidirectional heterogeneous network that enables communication with a future service without the need to develop an interface – nor maintain the interface – between an old and a new service.

The “latest” in network architecture – which has become a hot topic these days – is Blockchain. Blockchain is like the Web a distributed system. The Web is designed to share information and data. Blockchain is designed to secure information in a network in such a way that it should not be tampered with ease. Furthermore, Blockchain can be designed to handle transactions between two parties. This may be a transfer of bitcoins, but can also be a way to secure two clients while sharing data in a network. In a way, one can create a service that secures data between two parties and replaces middleware from the network. This will save huge costs and is similar with what RTW network offers. However, there is a significant difference. Blockchain is not a heterogeneous network. It depends on a common entity network ledger and you need to develop an interface for each new service that occurs in the network. Another disadvantage is that you can not communicate across different Blockchain networks, so contracts between service and domain owners must be kept within a common network entity. 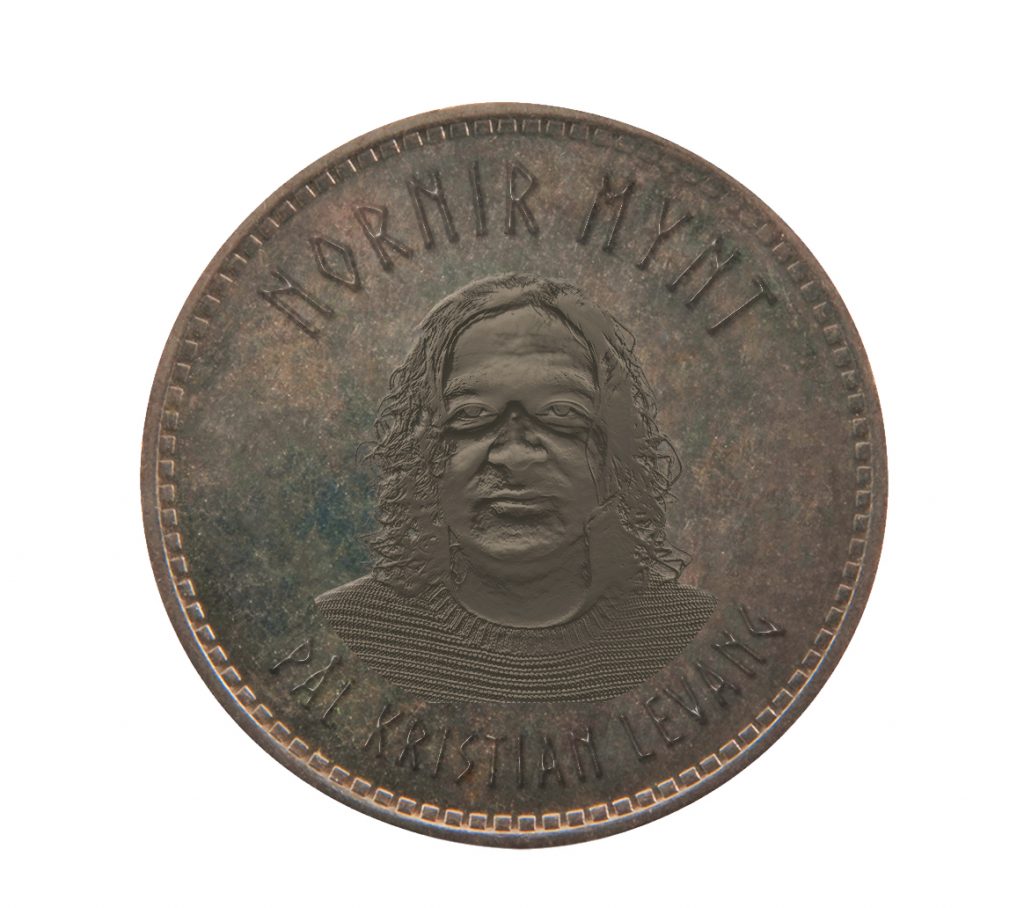 The World Goes On

The future is a Real Time Web network where machines create new IT systems as needed. The network is always 100% available and all sensors or devices capturing data act as a “body” to a global “brain” of linked services. The network is like a gigantic self learned computer collective, assisting and advising you in your daily life. We will all have our own global AI profile online; describing our moral and inner desires. In other words, your life will get new meaning when you have robots running around representing you – and millions of sensors acting like your body.

You may also like to see the presentation slides Living With Robots. 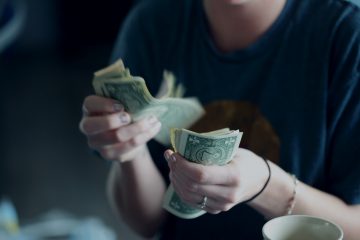 The Story of Micropayment

Billions of web pages linking to trillions of web resources like pictures, text, videos and physical objects (IoT), make Word Wide Web the ultimate place to make money; for both individuals and companies. However, trading data is not supported by the web infrastructure today. 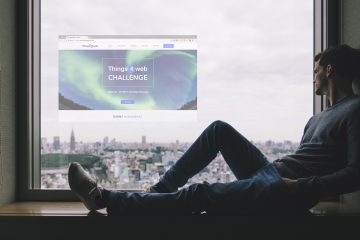 Operating system that unifies you with the world

In the future web will be your personal computer; replacing your old desktop, laptop and mobile. The web will simplify your life considerably and preserve ownership of all your products, sensors and intelligent artifacts. It Read more…